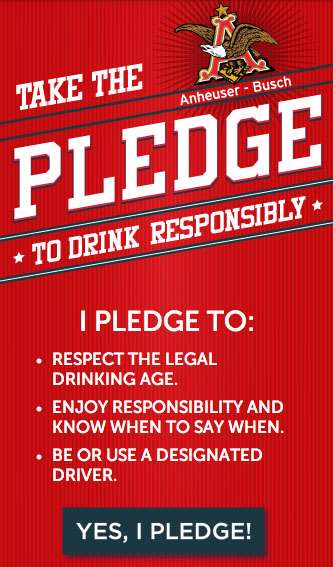 The American beer brand, which launched its 'When to Say When' campaign 30 years ago, hopes to persuade beer drinkers to promise that they will engage in responsible drinking by taking the Anheuser-Busch pledge on its dedicated website, NationofResponsibleDrinkers.com. Once a person has taken the pledge, he or she can share it on Facebook as well as submit his or her geographical information so that Anheuser-Busch can mark it on a digital map. When people hover or click on the map, an image of someone who has taken the pledge will pop up.

Anheuser-Busch's VP of corporate social responsibility Kathy Casso stated, "With close to half a billion adults on Facebook, we see an enormous opportunity to expand our reach to newer generations of adult drinkers."
0.6
Score
Popularity
Activity
Freshness
Get Trend Hunter Dashboard