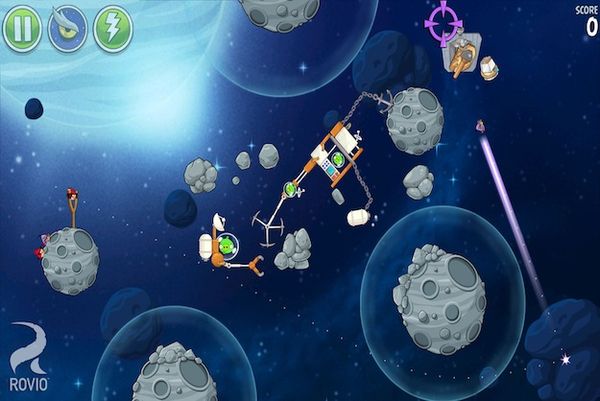 Laura McQuarrie — June 12, 2014 — Tech
References: nasa.gov & psfk
Share on Facebook Share on Twitter Share on LinkedIn Share on Pinterest
Since its release in 2012, Angry Birds in Space has been downloaded millions of times, taking the epic and never-ending battle between pigs and birds into space as part of a collaboration between Rovio Entertainment and NASA. Now, a new update to the app called 'Beak Impact' is helping players learn more about where NASA wants to sends humans next—asteroids.

Gameplay is fun with new challenges like having to consider the gravitational pulls of nearby planets when sending birds flying. As well as the usual Angry Birds format, Beak Impact educates players on some of the most well-known space missions like Dawn, Orion and OSIRIS-REX, as well as some future NASA missions. There's even a special Easter egg in the game, the "Mighty Buzzard" that pays tribute to Apollo 11's Buzz Aldrin.
2.7
Score
Popularity
Activity
Freshness
Get Better and Faster