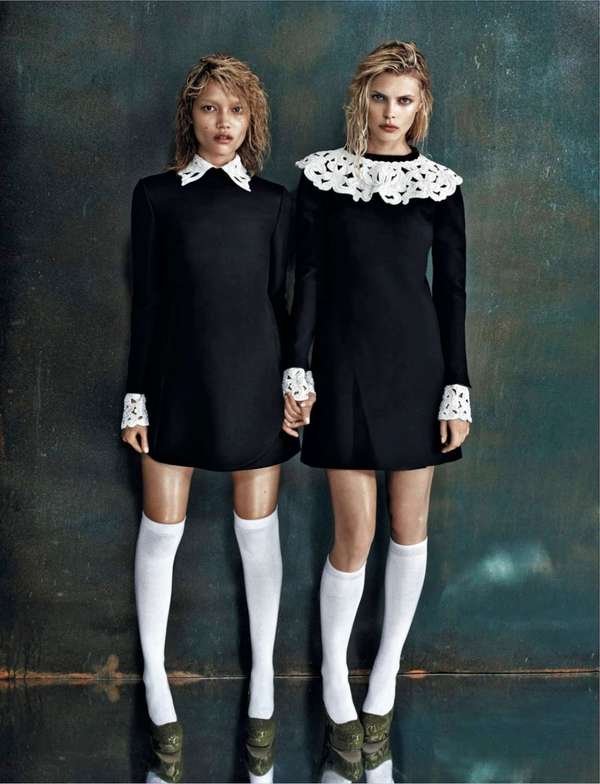 Sarah St.Jules — August 26, 2013 — Pop Culture
References: fashionmodeldirectory & visualoptimism.blogspot
The Amica September 2013 editorial showed both the love and the hate side of a sibling relationship.

This spread is entitled Sisters, and the theme is demonstrated throughout the entire shoot. The focus is on two different models, and even though they aren't related, they do share a basic resemblance.

The models are put into a variety of outfit styles that range anywhere from a structured business dress to a sultry-inspired look. Their hair is wet and messy, and the makeup is minimal.

The reflective surfaces help to expand on the sister theme. Since each model is being reflected it looks as though there are more than two models in the shot. The Amica September 2013 editorial demonstrated that although your sister may drive you crazy, in the end, you love them.
5.3
Score
Popularity
Activity
Freshness