Beer Can Steins
Next
Set of
Related
Ideas 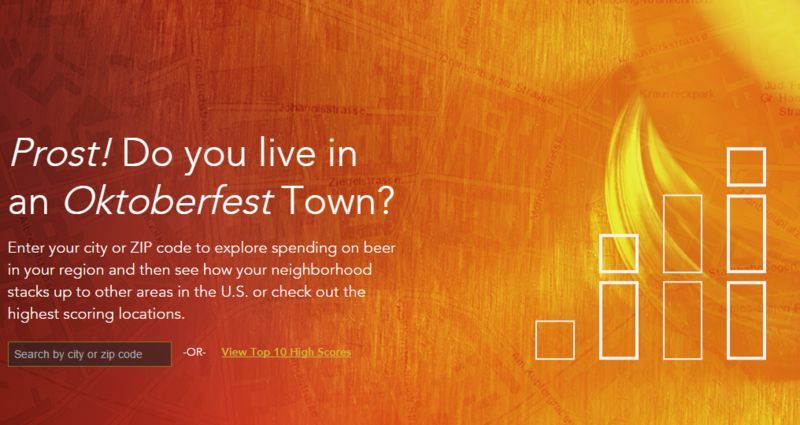 This Oktoberfest Map Breaks American Beer Consumption Down by State

In honor of Oktoberfest, interactive mapping developer Esri created this American beer map. The map of the U.S. gives each American city an "Oktoberfest Score" based on how much the city spends on beer. Simply enter a city name or zip code, and the American beer map shows the area's score, as well as how it ranks among all American cities. It also allows users to look at other data, like the overall income of the city, or to make a side-by-side comparison between cities.

The interactive American beer map also features a top 10 list and allows users to see overall rankings for beer indulgence, which reveals some surprising facts. Chevy Chase Village, in Maryland, is apparently home to the number one American beer drinkers, while Milwaukee (which once called itself "the beer capital of the world") isn't even in the top ten.
1.1
Score
Popularity
Activity
Freshness
Get Trend Hunter Dashboard