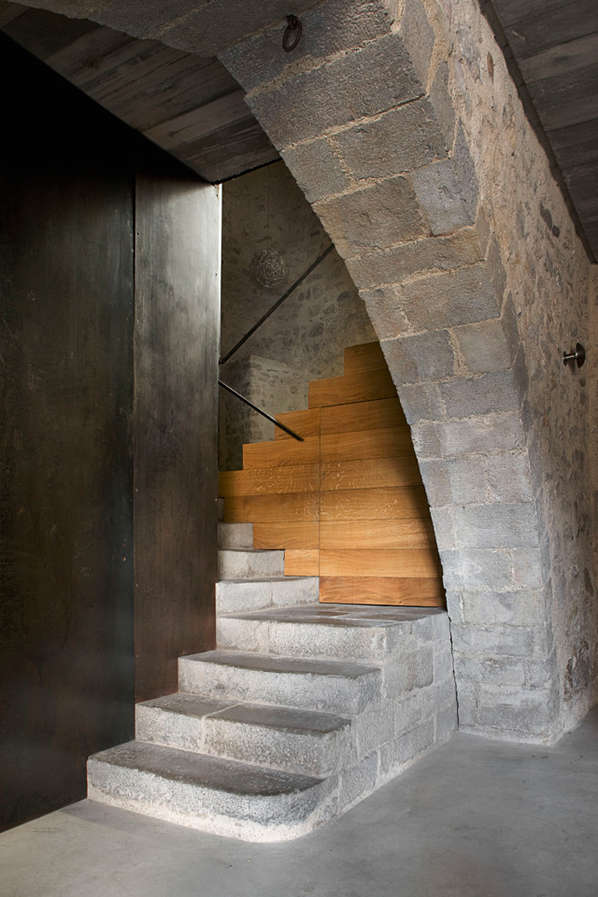 Meghan Young — September 5, 2012 — Art & Design
References: alemanys5 & fastcodesign
Share on Facebook Share on Twitter Share on LinkedIn Share on Pinterest
The Alemanys 5 house impressively dates back to the 16th century. A ruin by most standards, it was repeatedly renovated over the years, boarding up its ancient history until local architect Anna Noguera got her hands on it. Although in the end she has completely modernized the Alemanys 5 house for the 21st century guest, Noguera has maintained its historical integrity by removing most of the post-Medieval character to return it to its full 16th century glory. She then ventured to interpret "the old elements not so much through an historical optic as through their architectural qualities."