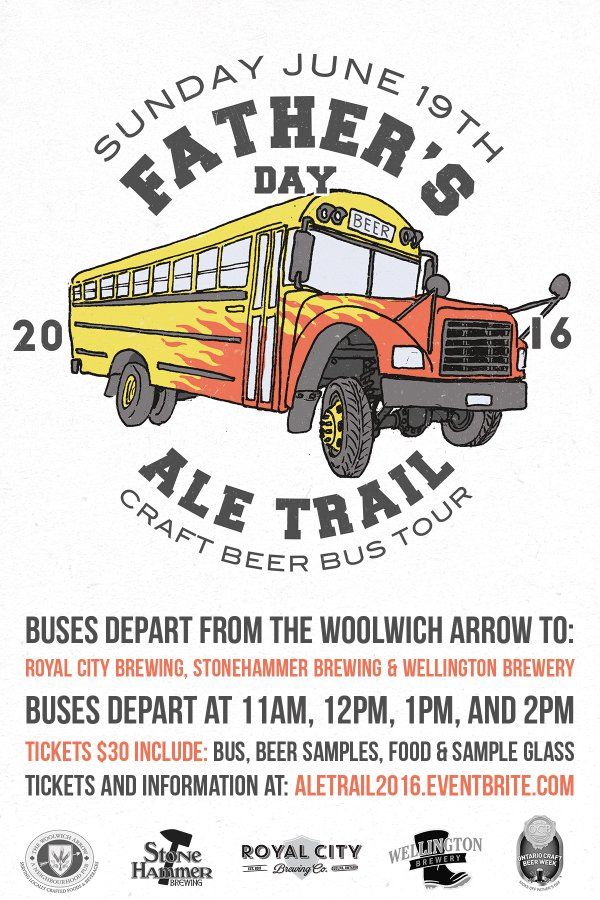 Katherine Pendrill — June 6, 2016 — Lifestyle
References: eventbrite
Share on Facebook Share on Twitter Share on LinkedIn Share on Pinterest
On Sunday, June 19th, a group of microbreweries in Guelph, Ontario, will be opening their doors for the annual Father's Day Ale Trail. The interactive brewery tour gives beer-loving dads a chance to enjoy their favorite local brews while sampling some special releases that have never been tried before.

The Father's Day Ale Trail will start at the Woolwich Arrow where guests will board a special tour bus. The bus will travel across Guelph, making stops at Royal City Brewing, StoneHammer Brewing and the Wellington Brewery. At each location, guests will be treated to three beer samples, which will include local favorites and small-batch specialty beers. The tour will end back at the Woolwich Arrow, where there will be a BBQ held for hungry dads.

For dads who are interested in craft brewing, this tour provides the perfect way to get an inside look at the beer-making process.
1.6
Score
Popularity
Activity
Freshness
View Innovation Webinars