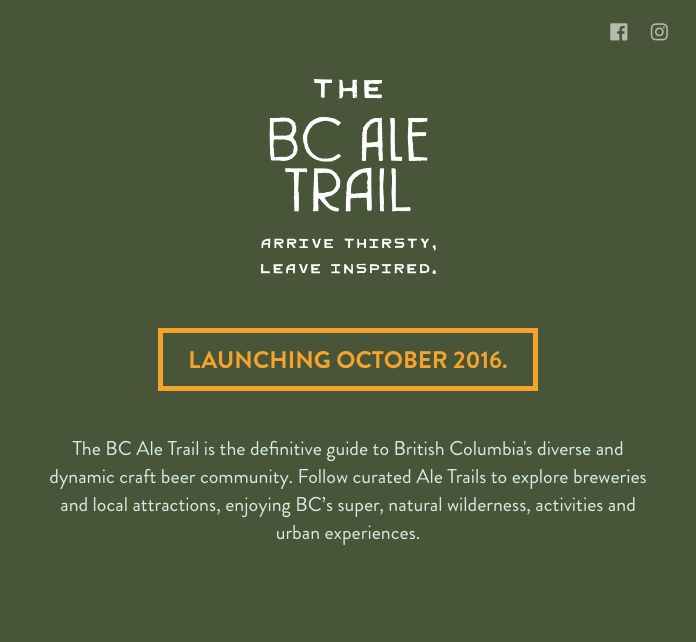 The 'BC Ale Trail' Encourages the Discovery of Products and Places

Laura McQuarrie — July 12, 2016 — World
References: bcaletrail & dailyhive
A new ale tasting in British Columbia is being introduced to showcase some of the best craft beer, as well as some of the most beautiful sights in the Canadian province.

The 'BC Ale Trail' is being launched in the fall as a "definitive guide to British Columbia's diverse and dynamic craft beer community." There are currently about 120 breweries operating around the province, which means that there are plenty of destinations for craft beer fans to explore. The guide will take beer lovers on a journey across the picturesque landscapes of Nanaimo, the Sunshine Coast, Victoria, Whistler and beyond.

When touring the BC Ale Trail, people are encouraged to use the #ExploreBC and #BCAleTrail tags to help others discover some of the gems of British Columbia.
3.5
Score
Popularity
Activity
Freshness