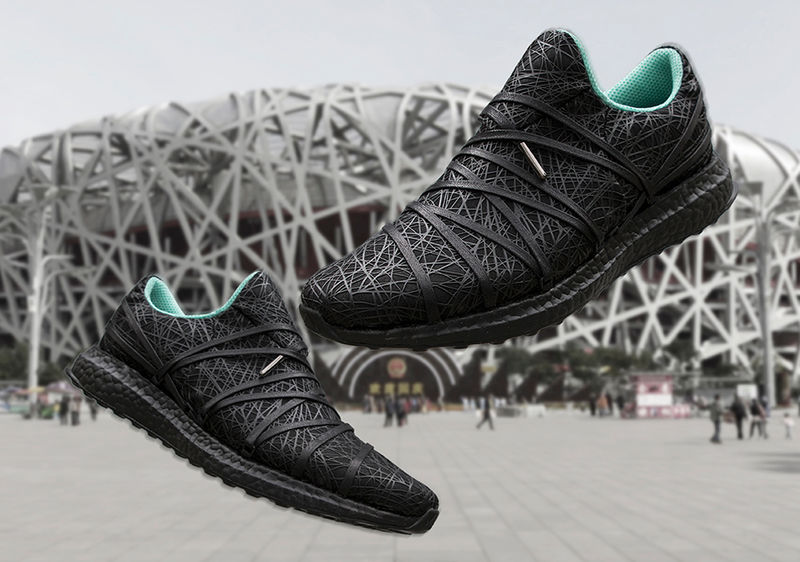 The Adidas Ultra Boost Nests Were Inspired by an Olympic Stadium

Since the completion of the 2008 Olympic games, the stadium, dubbed The Bird's Nest stands as a relatively empty monument. To preserve the memory of the stadium designed by Herzog & de Meuron, customizer KXIV conceptualized a pair of Adidas sneakers in which a textured lacing system creates line patterns that resemble the iconic 'Bird's Nest' stadium.

The all-black sneakers feature a textured base, with a striking aqua blue sole and tongue. Using 3D-printed lace locks, an anchored loop system held at the heels, keeps everything in place.

The newest rendition of the Adidas Ultra Boost Nest sneakers serve as an example of one discipline influencing another and are not the first example of fashion drawing inspiration from architecture.
6.3
Score
Popularity
Activity
Freshness