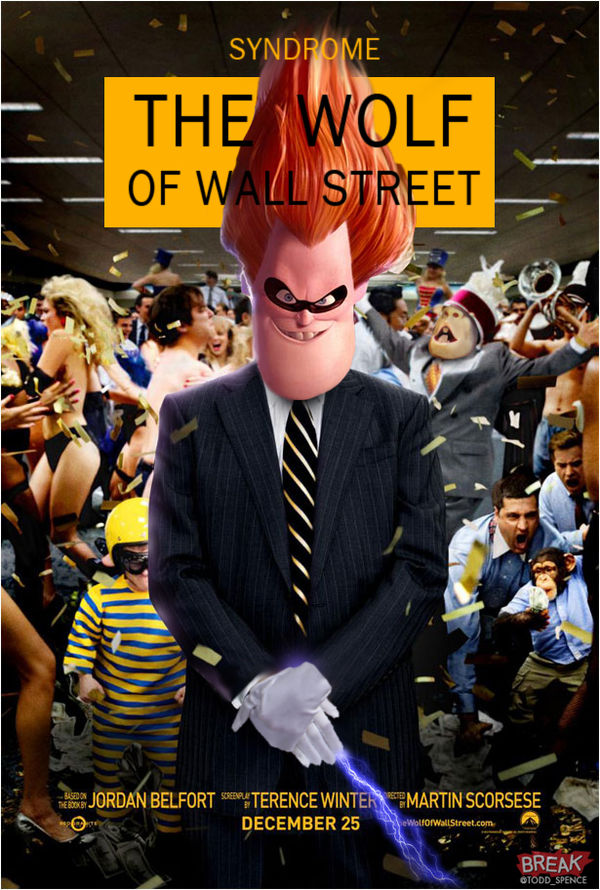 Mesel Isaac — February 25, 2014 — Pop Culture
References: break & theawesomer
Even though this year's Academy Awards show has no Pixar movies in the running for Best Picture, that still didn't stop artist Todd Spence from inserting Pixar characters into the posters of the 2014 Best Picture nominated films.

Todd Spence puts The Incredibles' villain Syndrome in the starring role of The Wolf of Wall Street, WALL-E is Joaquin Phoenix in the movie Her, and Woody from the Toy Story series is cast in Matthew McConaughey's role in Dallas Buyers Club. Spence even cleverly sneaks in a little Easter egg to any eagle eyed Pixar fans, by placing the character the Underminer in the background of the Wolf of Wall Street poster.