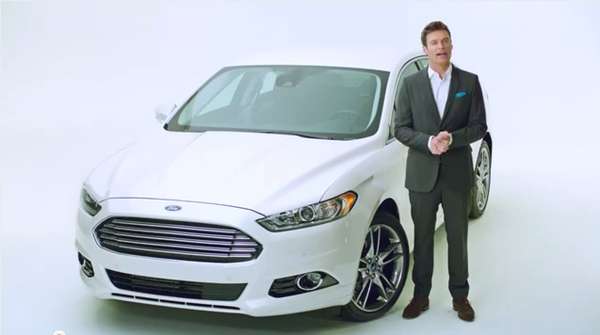 The 'Random Acts of Fusion' campaign follows on the heels of Ford's other branded entertainment promotions, including its 'Escape Routes' campaign promoting the Ford Escape, and was created to get people excited about the 2013 Ford Fusion before its release. The marketing effort spans TV, radio and social media, and the first part of the program involves asking viewers to 'Like' the Fusion Facebook page in order to generate 1,000 Likes; once this happens, another part of the campaign will be revealed.

According to Crystal Worthem, the manager of Ford brand content and alliances, "Consumers will have to work together to unlock the story, and as the program evolves, will have a chance to see for themselves how Fusion is able to transform the lives of the people who drive it."
2.9
Score
Popularity
Activity
Freshness
View Innovation Webinars