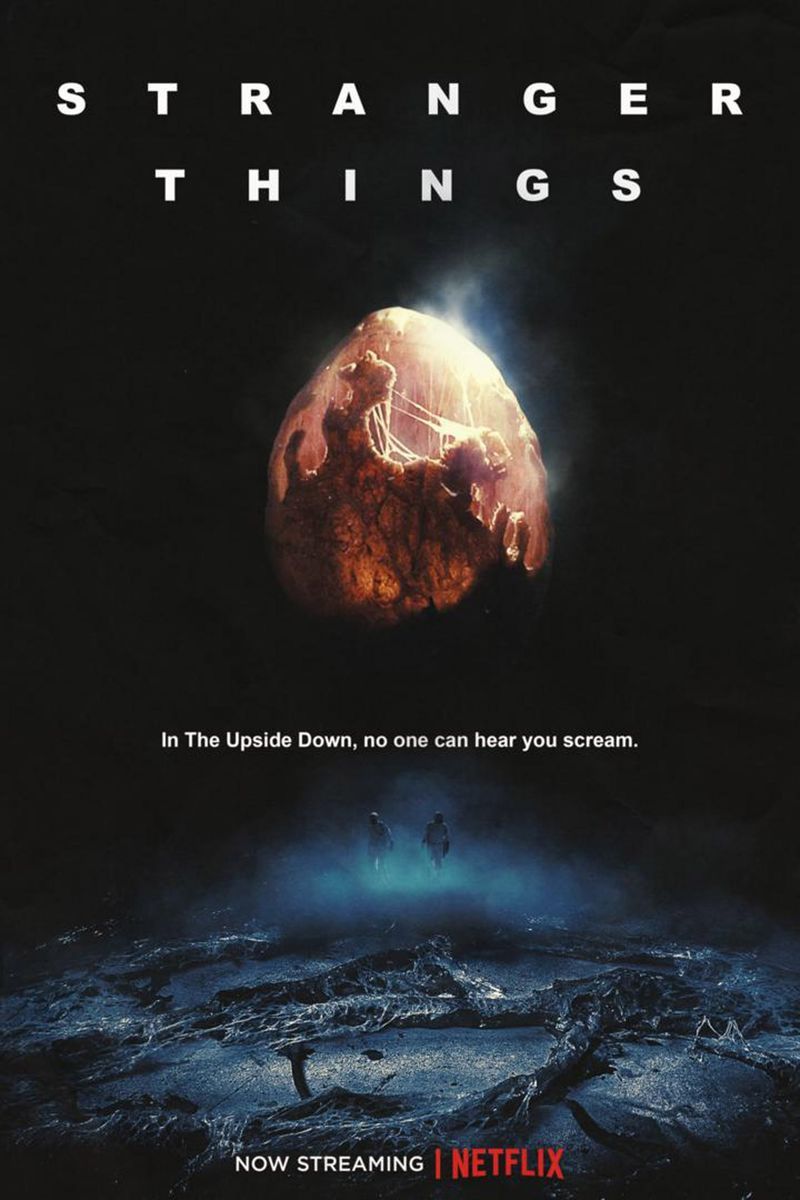 Joey Haar — September 15, 2017 — Pop Culture
References: dezeen
Share on Facebook Share on Twitter Share on LinkedIn Share on Pinterest
Stranger Things was a hit when its first season was released last year, and Netflix is solidifying the show's niche as a love-letter to all things 80s with a series of posters that reference classic 1980s sci-fi films. The new set of posters insert some of Stranger Things' main characters into the poster images from films like Alien, The Evil Dead, The Running Man , A Nightmare on Elm Street, Firestarter, and Stand By Me.

Stranger Things' first season had ample references to the sci-fi literature of the 1980s. Much was made of the title sequence, which clearly referenced the lurid graphic design of paperback horror from the time, and the plot revolving around a group of misfit kids is one of Stephen King's most common modus operandi. Expanding the referential material to include more of the 1980s sci-fi and horror content is only natural, then.
6
Score
Popularity
Activity
Freshness
Get the 2021 Trend Report FREE