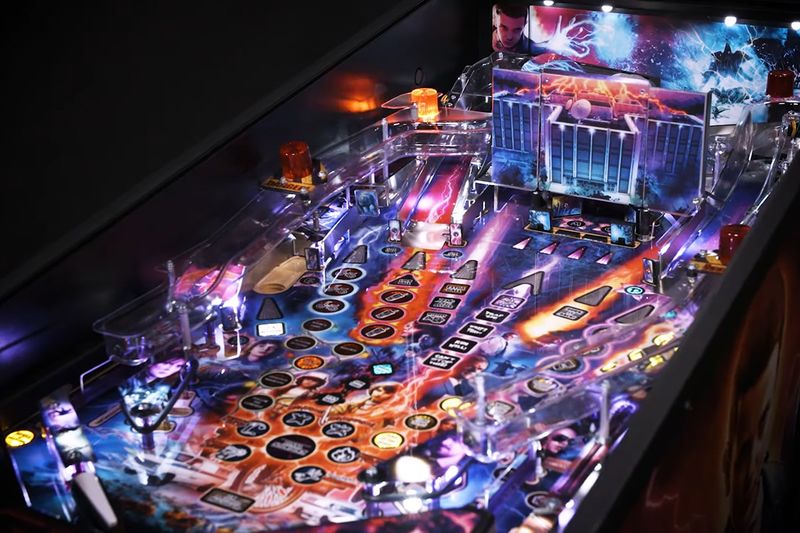 The Stranger Things Pinball Game Has a Retro 80s Vibe

Michael Hemsworth — December 28, 2019 — Tech
References: sternpinball & newatlas
Share on Facebook Share on Twitter Share on LinkedIn Share on Pinterest
The Stranger Things Pinball game has been created by Stern Pinball as a retro-inspired arcade game that's sure to be coveted by avid fans of the 80s-based sci-fi Netflix show. The game comes in three model choices including Pro, Premium and Limited Edition, which are priced at $6,099, $7,699 and $9,099, respectively. The Limited Edition version is limited to just 500 examples and features a number of accents like custom artwork to satisfy savvy players.

Stern Pinball CEO Gary Stern spoke on the Stranger Things Pinball game saying, "Stranger Things is one of the most successful shows of all time, connecting with people around the world and across generations. This game features action, mystery, suspense, and humor; Stranger Things is a perfect fit for pinball."