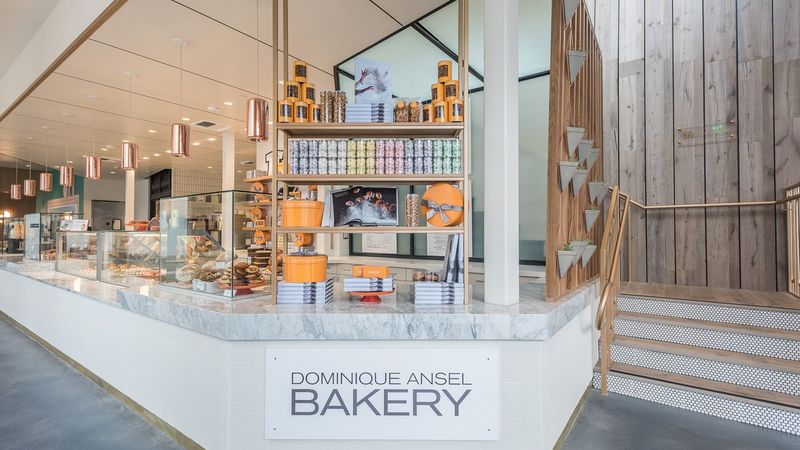 Laura McQuarrie — November 15, 2017 — Lifestyle
References: dominiqueansella & la.eater
Share on Facebook Share on Twitter Share on LinkedIn Share on Pinterest
Dominque Ansel recently opened a new Los Angeles restaurant called '189 by Dominique Ansel' in The Grove that is part grab-and-go bakery and part restaurant with a formal dining room. Unlike the Dominique Ansel Bakery in NYC from the French-born pastry chef and creator of the Cronut, 189 by Dominique Ansel is a full-service restaurant that serves brunch, lunch, dinner and drinks.

The upper dining room space boasts seating for up to 150 people, making it one of the most sizeable restaurants in the city. At this new space, diners can expect to find more savory creations from the famed chef, as he originally received training as a traditional chef before venturing into the world of pastry. Some of the dishes that can be found at 189 by Dominique Ansel include razor clams dish with chorizo, as well as pork spare ribs finished with pineapple juice.
5.6
Score
Popularity
Activity
Freshness
Get the 2021 Trend Report FREE