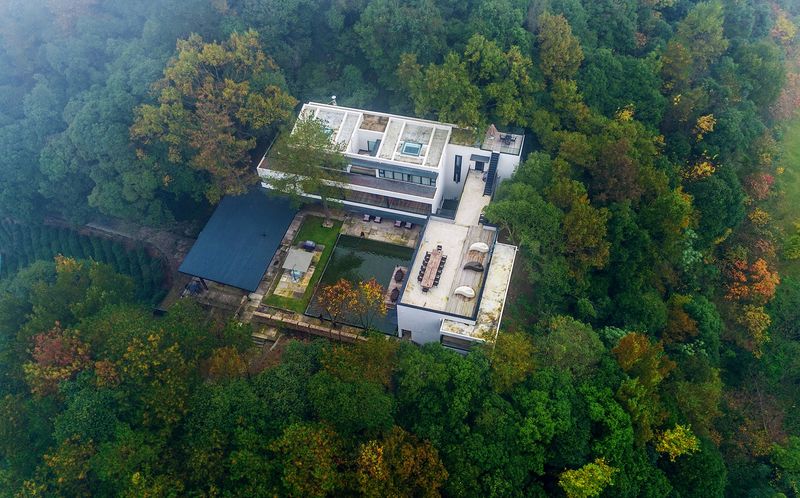 This Jingshan Hotel is Inspired by Zen Temples

Joey Haar — August 3, 2017 — World
References: archdaily
Zen temples are one of the most mythical aspects of Buddhism, and a new boutique hotel in Jingshan tries to capture some of that allure in its design. The hotel is built at the top of a hill in the middle of a lush forest, and many of its design features mimic some of the most recognizable features of Zen Buddhism.

Westerners are likely familiar with the trope of the Buddhist hilltop temple from films. That topographical quirk is indeed a real architectural feature of many Zen temples, and the Jingshan hotel copies it (albeit to a lesser degree.) Further, the hotel's central courtyard is filled by a tranquil reflection pool, another common trait in temples around the region.
4.7
Score
Popularity
Activity
Freshness