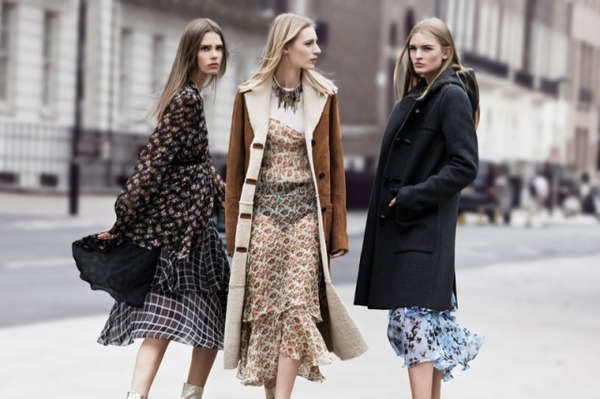 The Zara Fall 2013 Campaign Stars a Troop of Models

Meghan Young — August 3, 2013 — Fashion
References: zara & fashiongonerogue
Share on Facebook Share on Twitter Share on LinkedIn Share on Pinterest
Think of a fashionable girl gang and the movie 'Mean Girls' and the television show 'Gossip Girl' readily comes to mind; yet the Zara Fall 2013 ad campaign puts its own spin on the idea. Although youthful and bohemian, there is a elegance and sophistication to the looks that set themselves apart from any pop culture references.

The Zara Fall 2013 ad campaign stars a troop of models: Julia Nobis, Juliane Gruner, Caroline Brasch Nielsen, Mijo Mihaljcic and Ashleigh Good. Making up quite the chic gang of girls, they strut around a windy city setting, which happens to be London, for photographer Patrick Demarchelier. They were each expertly styled by Marie-Amélie Sauvé. The Zara Fall 2013 looks were perfected with straight hair and flawless faces.
6.2
Score
Popularity
Activity
Freshness
Get Trend Hunter Dashboard