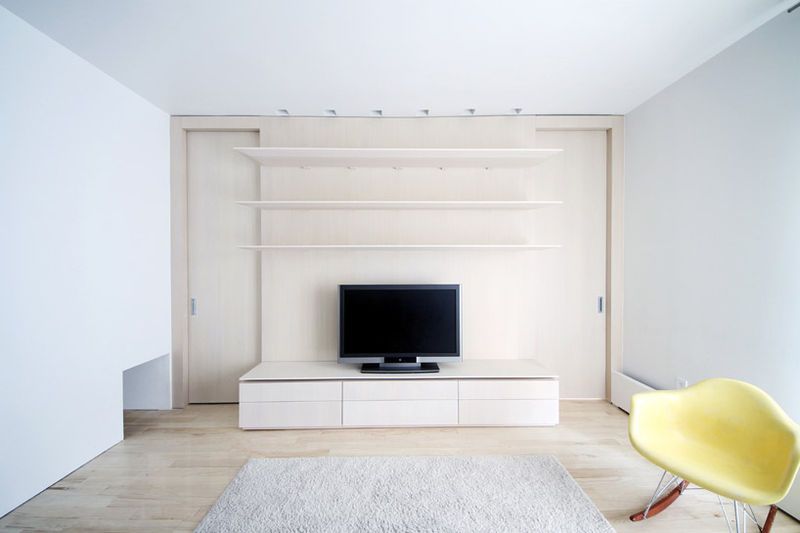 Yuuki Kitada Uses a Simplistic Approach for This Abode

Jamie Danielle Munro — July 12, 2014 — Art & Design
References: yuukikitadaarchitect & designboom
Share on Facebook Share on Twitter Share on LinkedIn Share on Pinterest
Instead of going for a look that uses excess and glamor, Yuuki Kitada went with a white-washed and minimalist approach for this apartment in Brooklyn. The unit consists of three bedrooms, and a distinct separation resonates between the public and private areas of the abode.

A lighter colored oak is a prominent material used throughout, which helps to brighten up the smaller space and make it inviting for those that enter. Specific lighting was also used in the apartment to help with making the area appear larger, and make it comforting for the residences. Luckily, the apartment doesn't receive too much noise from the nearby railway tracks, and the individuals can relax while enjoying the overall look of the space.

Yuuki Kitada did a great job with making the most of minimalism in this design.