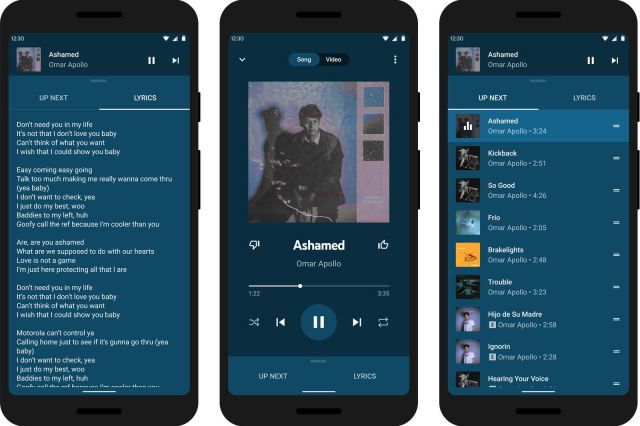 Daniel Johnson — March 25, 2020 — Tech
References: music.youtube & engadget
YouTube Music added new features for Android and iOS devices that will show lyrics to users in the app. The platform initially tested the lyrics feature on the Android app, and now YouTube Music will release it to all users. Users now have the ability to select the (i) button to see lyrics, which is located below the video panel. Initially, lyrics will not be presented on all videos on the platform, however, more content will be quite with this feature in the future.

Similar capabilities have been released to other music platforms, and users may value the capabilities as it makes music listening a more interactive experience. This is because the artist's lyrics can be clearly conveyed to listeners.