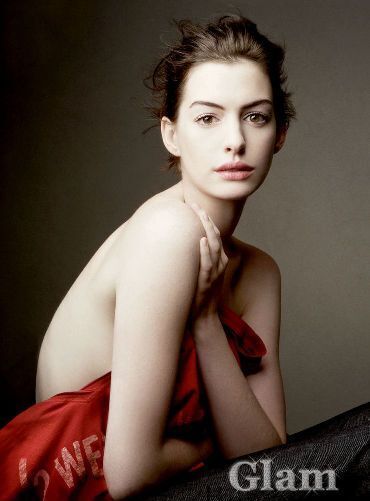 "Since launching last year, (Product) Red has contributed more than $45 million to the Global Fund to finance programs that help women and children affected by HIV/AIDS in Africa," said Marka Hansen, president of Gap North America.

This year, the company recruited new celebrities including actress Anne Hathaway, and Grammy Award winners, John Legend and Wyclef Jean for the new ads shot by acclaimed photographer, Annie Leibovitz. The campaign reintroduces a series of images that debuted this summer of Dixie Chick Natalie Maines, actor Terrence Howard and actress Abigail Breslin. Each celeb wore a Gap (PRODUCT) RED item in a way that expressed their personal style.

The ads will run in November issues of fashion magazines including Vanity Fair, Vogue, Elle, Glamour, Lucky, Marie Claire, GQ and Harper's Bazaar as well as in weekly magazines like US Weekly and Entertainment Weekly.

On October 5th, Gap also launched a limited edition T-shirt called â€œ(2 WEEKS)â€ referring to the two weeks of antiretroviral (ARV) medicine in Africa that the sale of the shirts will support. The prices for the Gap Red collection range from $28 for a cotton t-shirt to $198 for a leather jacket. Half of the profits from the sales will go directly to the Global Fund to help finance AIDS programs in Africa. The collection is now available in selected Gap stores around the world as well as online.