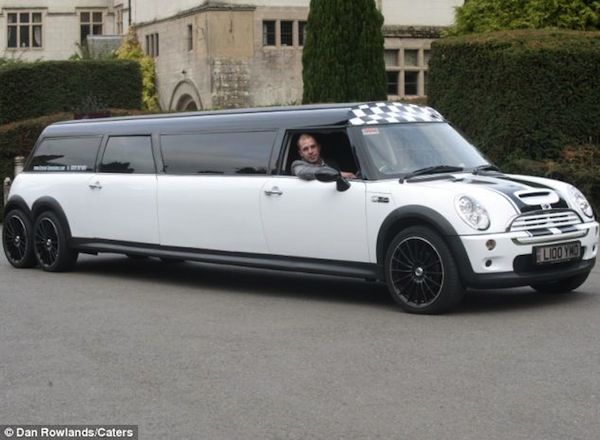 The MINI Cooper limousine, now measuring 27 feet long and weighing almost three tons, costs approximately £65,000 to remodel and transform. Once it was flown into Las Vegas, where the iconic MINI Cooper S was chopped in half then an extra 16 feet of space added on, the black and white limo is, according to Kamran Akram, owner of Britain-based Krystral Limousines, a sign of grandiose luxury.