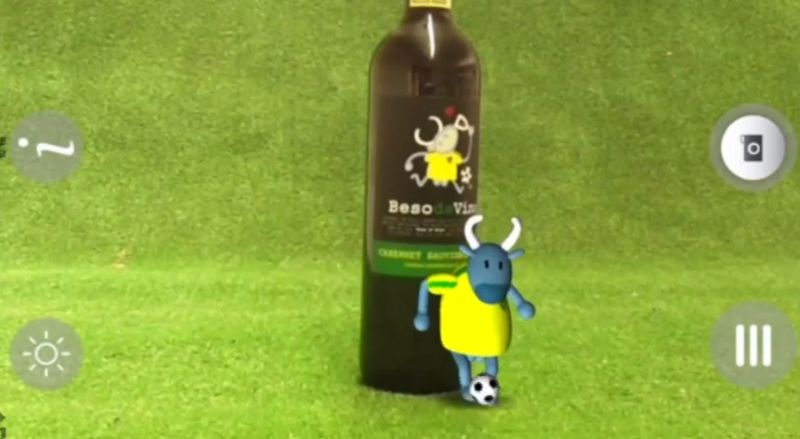 The Beso de Vino is a Cabernet Sauvignon 2013 that shows Antonio wearing a yellow and green jersey for Brazil with the number 10 on it. To bring Antonio to life requires focusing on the wine's label with the Imascono app, where you can then watch the bull score a goal and dance a celebratory samba.

The promotion is also tied to social media and if you share a picture of Antonio and share it with #myfavoriteteam and #besodevino, there are some great prizes to be won, including a week's stay at a four star hotel in Madrid or Barcelona and stadium tours.
2.7
Score
Popularity
Activity
Freshness