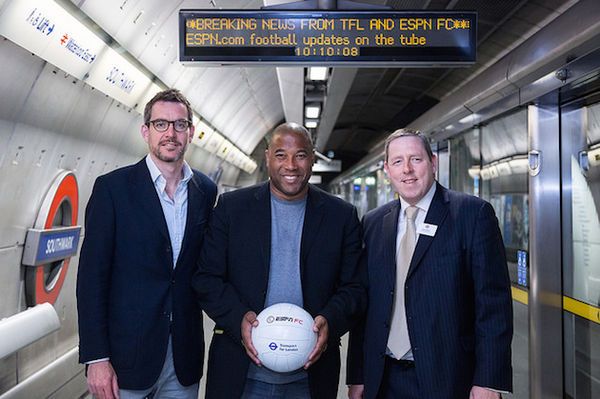 Laura McQuarrie — June 14, 2014 — World
References: mediaweek & engadget
Share on Facebook Share on Twitter Share on LinkedIn Share on Pinterest
Now that the 2014 FIFA World Cup is underway in Brazil, football fans all over the world are glued to their TVs, phones and apps for World Cup updates. In an effort to keep World Cup fans from missing a beat, Transport for London partnered with the ESPN FC football site to bring Dot Matrix Indicators (DMIs) to over 140 London underground stations. Additionally, information will also be relayed to commuters via Electronic Service Update Boards (ESUBs), located at underground entrances.

As the games happen, the digital boards will communicate news from the matches, as well as recap the events in the mornings and evenings. With England in the soccer tournament, you can bet that there will be plenty of eyes on these signs over the next while.
2.1
Score
Popularity
Activity
Freshness
View Innovation Webinars