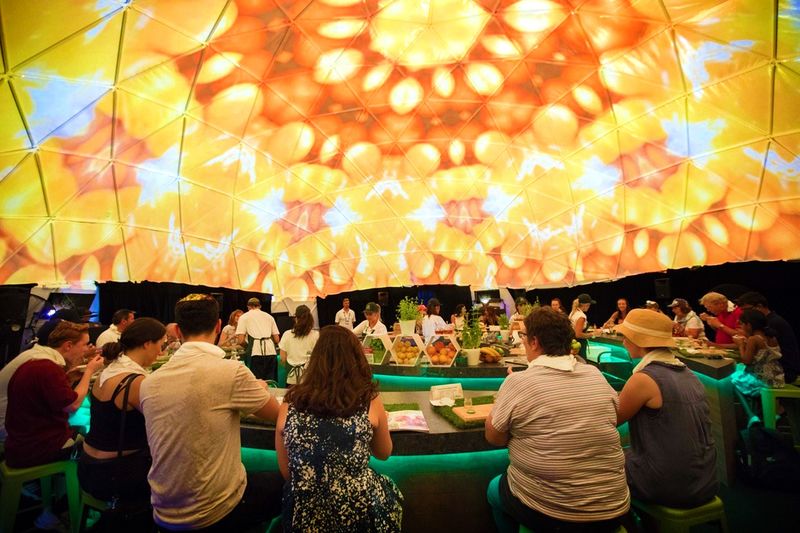 The Woolworths Summer Sensorium Took Place at the Australian Open

Katherine Pendrill — January 19, 2017 — Marketing
References: because-experiential-marketing.pr.co & eventindustrynews
Share on Facebook Share on Twitter Share on LinkedIn Share on Pinterest
In an effort to surprise and delight tennis fans at this year's Australian Open, the grocery chain Woolworths is hosting an exclusive event called the 'Woolworths Summer Sensorium.' Instead of serving up something that is simply tasty, the chain has developed a way to engage all five senses at once, in order to demonstrate how much of a difference freshly prepared food from a brand such as Woolworths can make.

The Woolworths Summer Sensorium is an experiential event taking place during the Australian Open Tennis Championships. Between January 16th and 29th, fans will be able to sit down for a dining event called 'A Taste of Australian Summer,' which is hosted inside of a giant giant geodesic dome. During the event, attendees will enjoy freshly pressed juices and three paddock-to-plate, summer dishes taken from Woolworths' FRESH magazine. While eating, attendees will enjoy immersive 360 degree projections narrating the journey of each ingredient used to prepare their meal.

By pairing immersive visuals with freshly prepared food, the event serves as a unique way to showcase Wooworths' amazing products and some of the delicious recipes in its FRESH Magazine.
6.9
Score
Popularity
Activity
Freshness
View Innovation Webinars