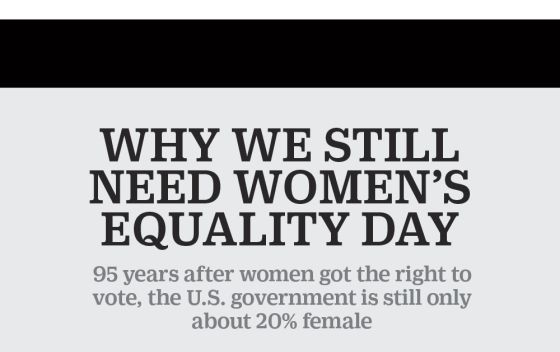 The infographic, created by Time magazine for this year's Women's Equality Day, illustrates statistics about women's involvement in politics across the U.S. and the rest of the world. For example, only 22% of all national elected representatives are female worldwide and only three out of nine U.S. Supreme court judges are women. The Women's Equality Day infographic juxtaposes this information with a surprising statistic on voter turnout: 64% of American women voted in 2012, compared to 60% of men.

Using engaging visuals and attention-grabbing statistics, this infographic reminds the world of some important facts about feminism in politics for Women's Equality Day. With the current possibility of the U.S. having its first female president, it's a topic that's more relevant than ever.
0.6
Score
Popularity
Activity
Freshness
Jeremy Gutsche Keynote Speaker