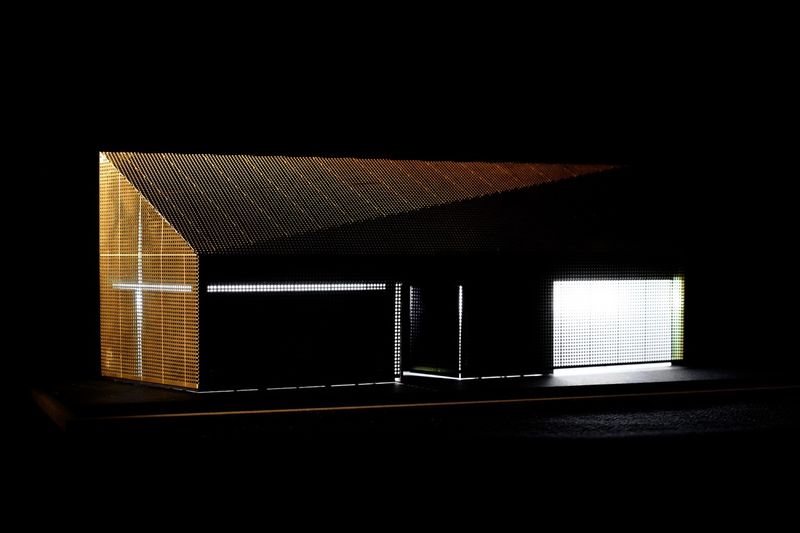 Joey Haar — March 30, 2017 — Art & Design
References: designengine & archdaily
Share on Facebook Share on Twitter Share on LinkedIn Share on Pinterest
The University of Winchester's Winton Chapel was built in 1880 and last extended in 1927, so the academy felt that it was about time for an upgrade. Design Engine Architects was the firm tasked with that challenge, and the resultant addition indeed looks as though it was designed and built 90 years later.

While the original Winton Chapel building adheres to many of the stylistic traits of most churches and chapels, with vaulted arches, a high gable running the length of the nave, a tall steeple, and a white stone facade, Design Engine's addition couldn't be more different. It's facade is made of an aluminum grid, and there is a narrow window cut into the exterior wall in the shape of a cross, spilling bright light from the interior out and shaping a bluish crucifix when it's dark outside.
0.5
Score
Popularity
Activity
Freshness
Get the 2021 Trend Report FREE