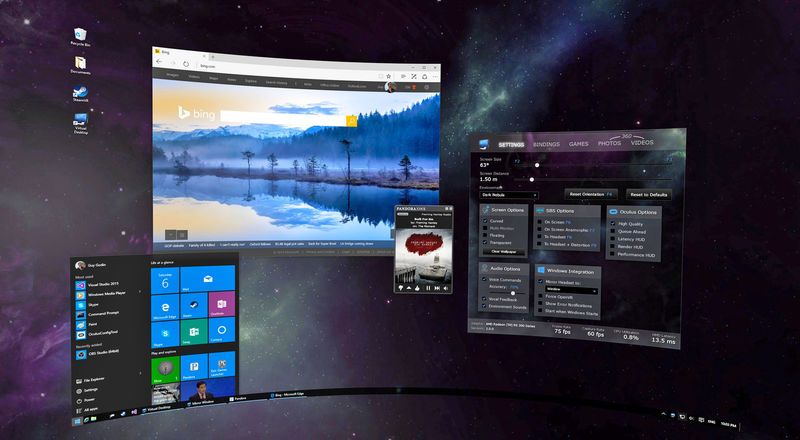 This App Brings Windows Desktop Out from Behind a Computer Screen

The app projects a user's desktop onto a colorful background, providing an immersive way to interact with the traditional interface. In this way, viewing the functions on a desktop is described like having an IMAX screen at the ready. With a virtual reality headpiece in place, a user can even type out emails via this VR view.

Virtual Desktop also makes it possible to watch videos on an immersive, cinematic screen, as one might on a large-screen computer monitor. Within this app, there's also support for 360-degree video content, which is ideal for tapping into some of the free virtual reality videos that have now been uploaded to YouTube.
3.9
Score
Popularity
Activity
Freshness
Get Better and Faster