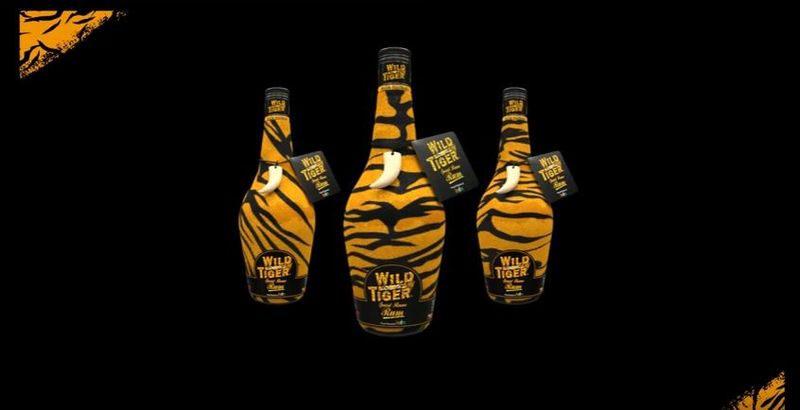 Joey Haar — January 17, 2017 — Lifestyle
References: wildtiger.in & gqindia
Share on Facebook Share on Twitter Share on LinkedIn Share on Pinterest
Labeling itself as India's first premium rum brand, Wild Tiger Rum both looks and tastes the part. The rum comes in a felt-covered bottle with an elaborate tiger stripe design and a faux-tiger claw hanging from the neck of the bottle, giving it an exotic appearance that is sure to draw people's eyes to where it sits behind the bar.

The rum is distilled in a facility on the banks of the Bharathappuzha river, which is a tributary of the Southern Ganges. Wild Tiger Rum blends Indian molasses and sugar cane. This gives it a dark, aromatic flavor compared to other liquors.

More than just flamboyant branding, the tiger motif that accompanies the rum has a purpose. The population of tigers in Indian forests has dropped to 2,000 from over 40,000 since India gained independence. Each bottle of Wild Tiger Rum purchased will thus contribute to the Wild Tiger Foundation.
2.1
Score
Popularity
Activity
Freshness
Attend Future Festival