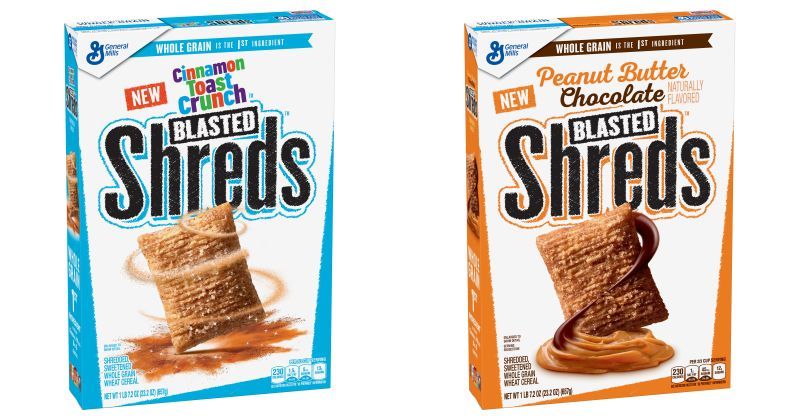 Laura McQuarrie — January 3, 2018 — Lifestyle
References: brandeating
In the new year, General Mills will be introducing its all-new Blasted Shreds wheat cereal, giving consumers a new way to indulge in the flavors of peanut butter and cinnamon toast for breakfast.

As much as flavor seems to be at the forefront of the two new shredded wheat cereal varieties—Cinnamon Toast Crunch Blasted Shreds and Peanut Butter Chocolate Blasted Shreds—both feature whole grain wheat as the first ingredient.

Across the breakfast food industry, many brands have been challenged to innovate as a greater number of consumers are desiring healthful options as an alternative to sugar-laden cold cereals. Although many shredded wheat cereals have been sweetened with the addition of honey and vanilla in the past, these two new varieties appeal to consumers with a sweet tooth and a desire to invest in better-for-you meals.
3.1
Score
Popularity
Activity
Freshness