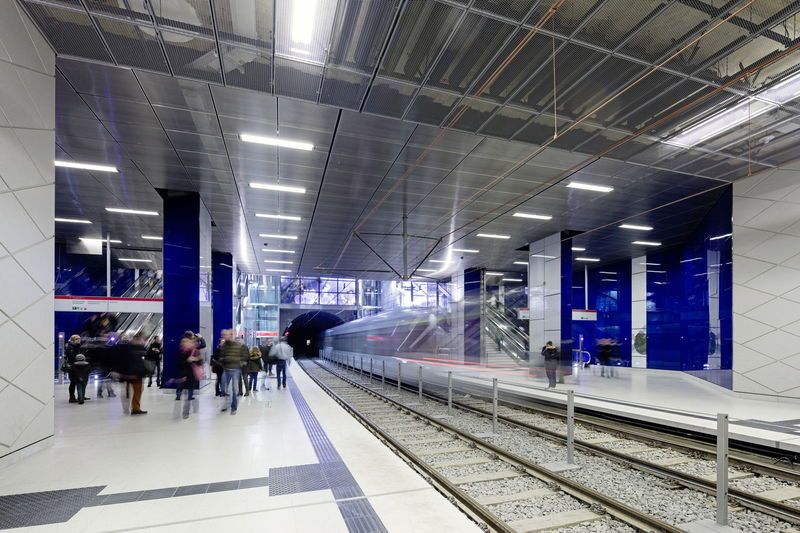 Joey Haar — November 12, 2016 — Art & Design
References: netzwerkarchitekten.de & archdaily
Share on Facebook Share on Twitter Share on LinkedIn Share on Pinterest
The massive agglomeration of Wehrhahn Line in Dusseldorf, which is a hub for a new U-Bahn tunnel and six U-Bahn stations, is unlike any other underground transportation project. Rather than funding itself partly through advertising revenue, as is the standard business model for many new underground stations around the world, the line is an unprecedented collaboration between artists, architects, and urban planners that eschews advertising altogether.

For most commuters, the only form of distraction on subway or train trips are the various ads placed throughout. It goes without saying that, for many, ads aren't exactly the most compelling entertainment. Wehrhahn Line brings more enlightening visuals to its series of stations, with several installations by local artists that replace what would normally constitute ad space.
4.7
Score
Popularity
Activity
Freshness
View Innovation Webinars