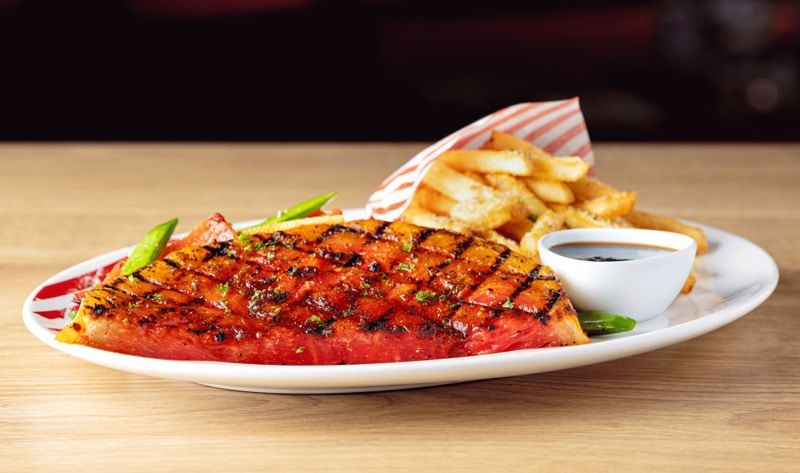 TGI Fridays is Introducing a Meatless Steak for Veganuary

Laura McQuarrie — January 8, 2020 — Lifestyle
References: tgifridays & vegnews
Share on Facebook Share on Twitter Share on LinkedIn Share on Pinterest
TGI Fridays' menu is full of handcrafted burgers and ribs, although there are a selection of vegan appetizers, mains, sides and desserts available—inspired by the success of its meat-free Fridays Vegan Burger in 2019, TGI Fridays is introducing a fresh new selection of plant-based options for Veganuary 2020, including a spicy Watermelon Steak.

The "steak" is made from chargrilled slices of watermelon that are marinated in savory spices and topped off with sriracha. To offset the heat of the spices, the Watermelon Steak is served with a cooling avocado sauce, the vegan-friendly Fridays Legendary glaze, plus fries and roasted vegetables as sides.

"We came up with the vegan steak to give our guests the same great taste from our grills but in a different way. Seasoning with Sriracha and garlic gives the dish savory, sweet, and spicy notes with a juicy center that cuts and eats like a juicy sirloin steak,” says Terry McDowell, TGI Fridays Head Development Chef.