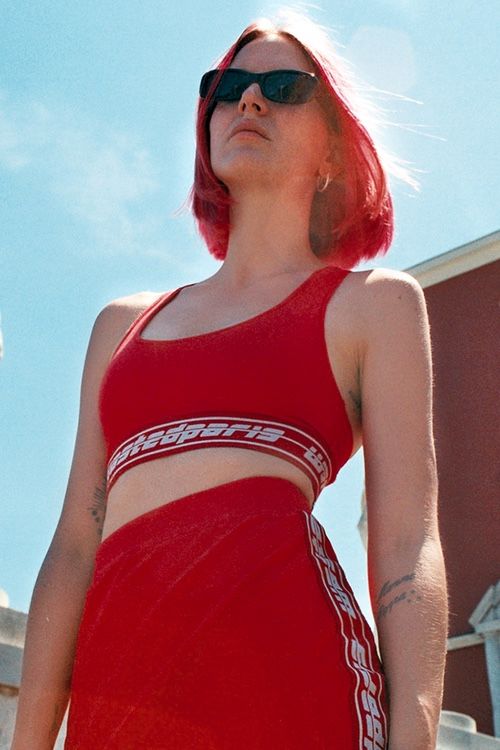 Riley von Niessen — June 15, 2017 — Fashion
References: hbx & hypebae
Share on Facebook Share on Twitter Share on LinkedIn Share on Pinterest
Although men have largely been the focus of skate wear designers since the styles were first popularized, many, including Wasted Paris, have been adapting to increase their appeal among women, who've been flaunting the laidback attire more frequently in recent years.

An independent brand that was founded by two friends named Johan and Fang back in 2012, Wasted Paris' offerings have gained momentum due to their visibility in Paris' local skate scene. Like much of the brand's past offerings, its Spring/Summer 2017 collection for women features statement graphics, branding, and vivid colorways which make it instantly recognizable among dedicated skate wear fanatics.