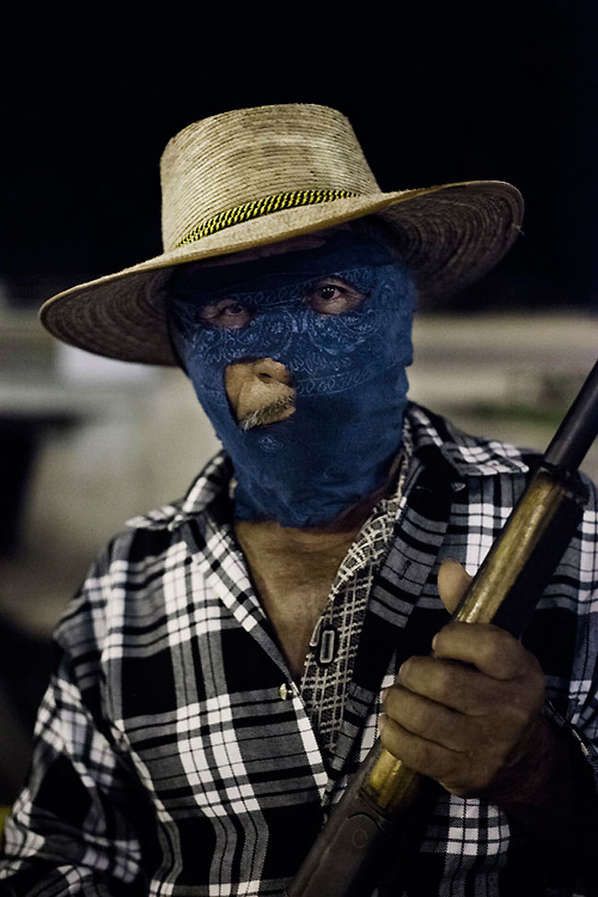 Each photograph in 'The Warrior State' depicts one or several Mexico natives dealing with harsh conditions. One man in particular stands out. He wears a bandanna over his face as a mask and a straw hat on his head, while holding a a long, tapered rifle. However, instead of seeming intimidating, the smile lines around the man's eyes and his soft smile give him a grandfatherly appearance. This is greatly contrasted by his revolutionary appearance, making this photo series both emotionally confusing and exceedingly sad.

With 'The Warrior State,' Carlos Alvarez Montero depicts his personal Mexico through his stunning photography. While this might not be the Mexico that everyone knows, the honesty prevalent in the photo series makes Montero's work some of the most personalized and affected professional photography of recent years.
1.6
Score
Popularity
Activity
Freshness
View Innovation Webinars

Mayoral Cat Campaigns
Morris is a Cat Running for Office in the City of Xalapa, Mexico