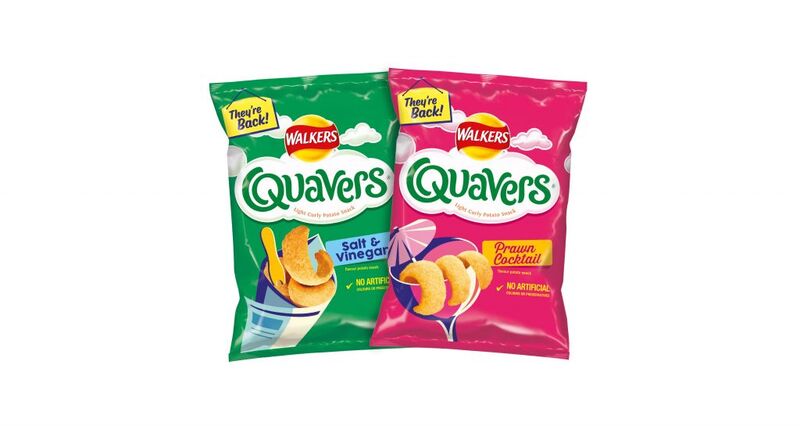 Walkers Quavers is Bringing Back Two Flavors from Yesteryear

Michael Hemsworth — January 13, 2021 — Marketing
References: walkers & talkingretail
Share on Facebook Share on Twitter Share on LinkedIn Share on Pinterest
Two flavors of Walkers Quavers snack chips are being revived by the brand in a bid to satisfy consumer demand for the retired flavors and help to introduce new fans to its offerings. The brand will be launching the Salt & Vinegar and Prawn Cocktail chips now, which were first introduced in the 90s and have garnered something of a cult following over the years. The snacks will be launched with a marketing campaign starting on January 15 that will run through the end of March to get consumers excited about the flavor revival.

Portfolio Lead for Walkers Snacks at PepsiCo Will Robinson spoke on the revival of the two Walkers Quavers snack chips saying, "Consumers were crying out for us to bring them back via formal petitions and social media pleas. They originally launched in the 90s and we are really excited to announce that both flavors will be available again across all channels – alongside the flagship cheese flavor. Quavers is a huge family favorite, however for a long time has only been available in cheese flavor. Yet, 95% of shoppers in this segment buy more than one flavor each year, and 56% buy six or more, so we know that ‘flavor choice’ is important to shoppers. These returning flavors are sure to capture the attention of the nation.”
4.4
Score
Popularity
Activity
Freshness
Get the 2021 Trend Report FREE