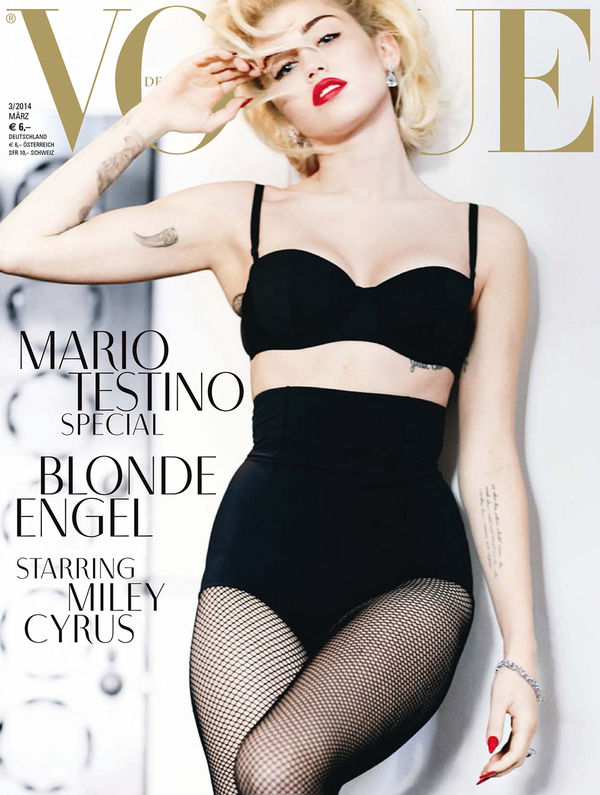 Ashley Noelle Lesiak — February 18, 2014 — Naughty
References: vogue.de & fashnberry
Lately, controversial musician Miley Cyrus's look has been all over the place, and in this Vogue Germany March 2014 fashion shoot she decides to try out someone else's style.

Fashion photographer Mario Testino snaps up this style-stealing shoot. Most of the backgrounds for the pictures are just crisp clean white, but in one shot Cyrus poses in a vintage car, which looks like something out of a pin-up picture. Scandalous-singer Miley Cyrus is made up to look just like old-movie icon Marilyn Monroe. Her hair has been grown out and curled, while her lips have been painted a signature bold red.

Cyrus doesn't wear very much in this Vogue Germany March 2014 pictorial. Mostly, all she wears are black underwear with fishnet stockings. The daring former-darling even bares her chest in a number of the smoldering shots.
2.1
Score
Popularity
Activity
Freshness