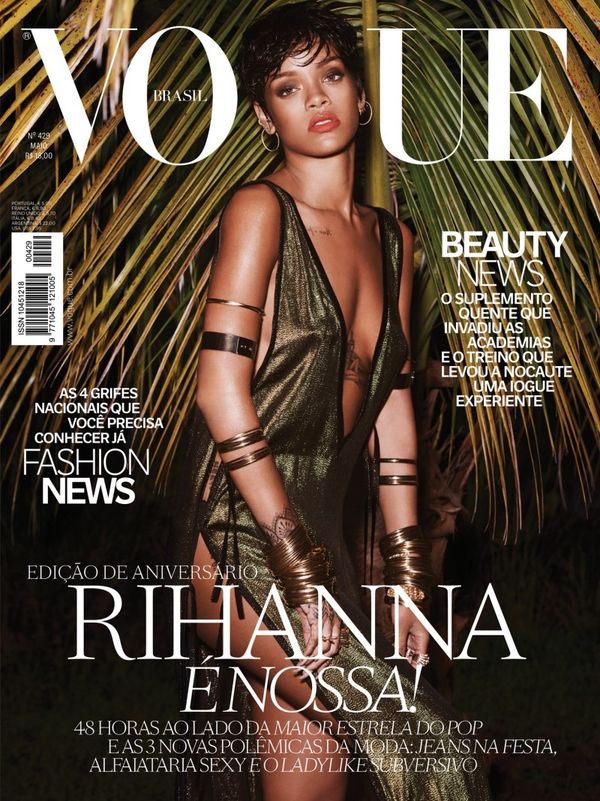 Celebrating its 39th anniversary, Vogue decided to feature none other than the superstar and pop culture phenomenon Rihanna for the cover to make sure its celebrates its anniversary in style, and with a very sexy and glam bang.

With two different cover options printed, one for the newsstand and the other for subscribers, the one thing both Vogue Brazil May 2014 covers have in common is the sultry and tribal looking RiRi gazing back at us.

“It was the best shooting I’ve ever done,” says Rihanna about the shoot that was photographed by Mariano Vivanco, with a backdrop of gorgeous Brazil.
2.6
Score
Popularity
Activity
Freshness