Photo Shoots For Body Image
Next
Set of
Related
Ideas 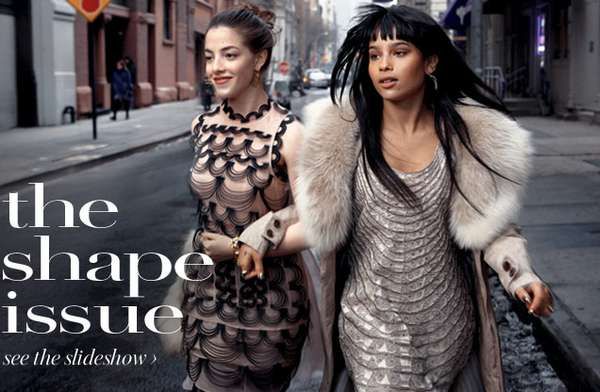 “In our annual celebration of size and silhouette, Vogue singles out eight women—from pregnant to curvy to tall—that represent the very best of beauty in all its many forms,” the magazine explains of their April 2009 Shape Issue.