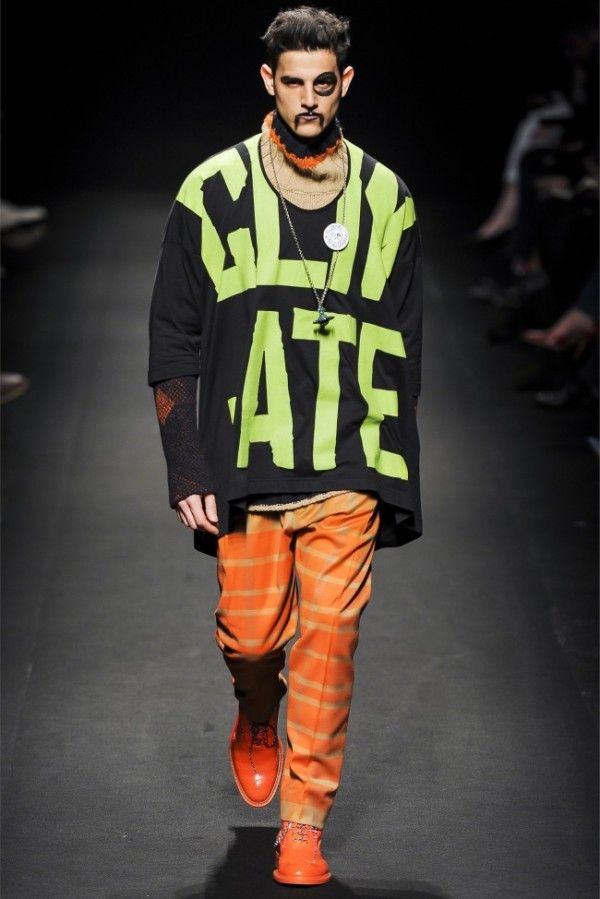 Laura McQuarrie — January 12, 2014 — Fashion
References: viviennewestwood & thebestfashionblog
Share on Facebook Share on Twitter Share on LinkedIn Share on Pinterest
The Vivienne Westwood Fall/Winter 2014 menswear collection is certainly not for the faint of heart, or for those who are afraid to fight for something. In the case of this collection, Westwood’s message is about climate change. Several of the garments bear the words “Climate Revolution,” which is the name of an initiative started by Westwood to raise awareness on the effects of global warming.

The models who sported the looks during Milan Fashion Week bore battle scars, scuffs and scrapes on their faces, quite literally showing their stance as fighters.

The collection itself features an eclectic mix of colors and prints, from houndstooths to a range of colorful and quintessential Westwood plaids, plus oddly charming accessories like surgical masks, painted-on moustaches and monocles, which also happens to make the models look like they've been given a black eye.
6.4
Score
Popularity
Activity
Freshness
View Innovation Webinars