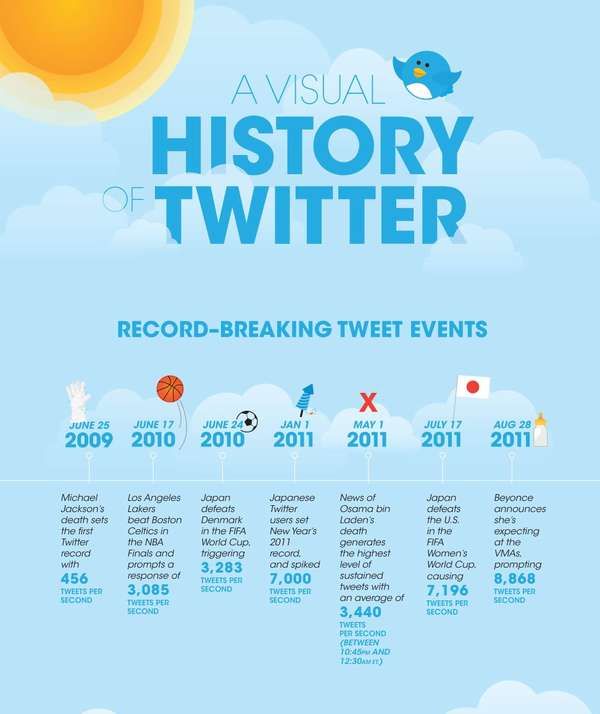 The Visual History of Twitter Infographic has Fun-Filled Facts

Also, the top ten most followed accounts are popular celebrities like Lady Gaga, Katy Perry and Taylor Swift among others. From 456 tweets per second on the announcement of Michael Jackson's death in 2009 to 8,868 tweets per second when Beyonce revealed her baby news at the VMAs this year, celebrity buzz has played a huge part in the success of Twitter as well. So all you Tweethearts out there, enjoy this eye-opening infographic on the Twitterazy buzz.
2
Score
Popularity
Activity
Freshness
Get Trend Hunter Dashboard