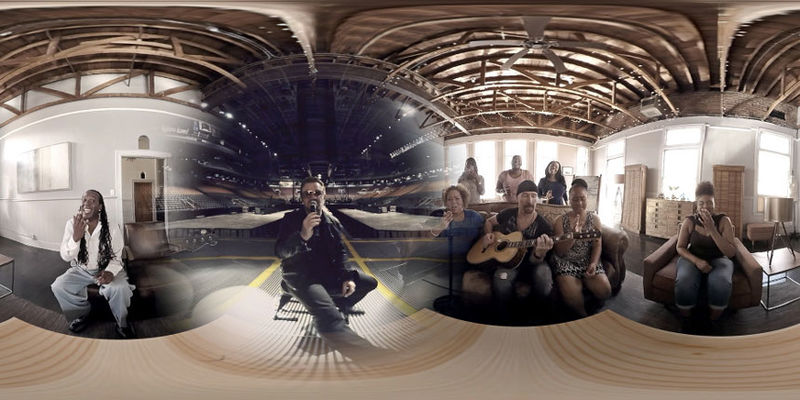 Cadhla Gray — October 29, 2015 — Marketing
References: appleinsider & brandchannel
Share on Facebook Share on Twitter Share on LinkedIn Share on Pinterest
Bringing their exhilarating shows from stage to home, U2 partnered with Apple to create a 360-degree virtual reality music video for their latest song, "Song for Someone." The band's new song can be experienced through the Oculus store on a GearVR headset or through the Vrse downloaded app. Finally, concert attendees can experience it on U2's 'Experience bus' that Apple also sponsored.

The virtual reality music video take viewers around the world, witnessing the band perform with audience members as well as other celebrities singing along to the song. Best experienced in a swivel chair, the video's binaural audio also works well with headphones, giving a full experience.

U2 and Apple are not a new partnership, as the band was close to late founder Steve Jobs. Moreover, the technology brand dropped Bono's song into everyone's iTunes last year.
2.1
Score
Popularity
Activity
Freshness
Get the 2021 Trend Report FREE

Multi-Platform Song-Sharing Apps
Son.gg Lets Users Send Music Regardless of What Service They Use