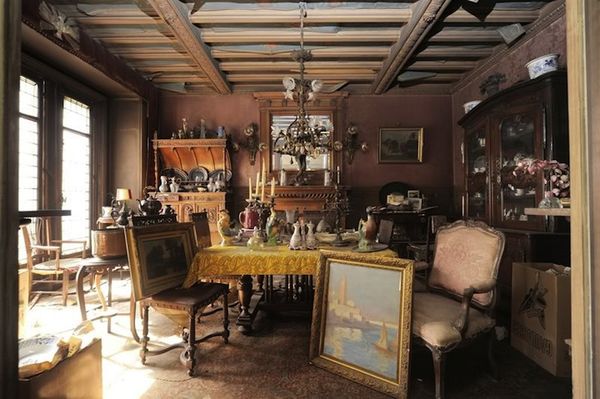 After years of dust bunnies taking over the space, this opulent home, which belonged to Madame de Florian, a Parisian socialite and actress, has been nicknamed the Parisian 'Time Capsule' Apartment. The apartment was introduced to the world when Florian's (lucky) heirs were impressed with all the little gems found inside.

Still closed to the public, the apartment boasts some pretty juicy love notes between Florian and 19th century Italian painter Giovanni Boldini, as well as a painting of Florian in a pink dress.