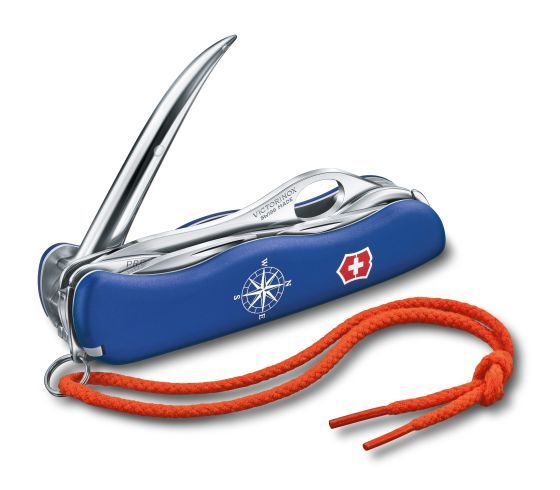 The Victorinox Skipper Pro Features a MarlinSpike to Undo Rope

Justin Lam — September 10, 2018 — Art & Design
References: victorinox & everydaycarry
Share on Facebook Share on Twitter Share on LinkedIn Share on Pinterest
Designed specifically for seafaring users, the Victorinox Skipper Pro offers a myriad of tools including a marlinspike. Like most Swiss Army knives, this offering comes in a compact package complete with effective tools. The Victorinox Skipper Pro features a stainless steel partially serrated knife, a bottle opener, a 5mm screwdriver, a wire stripper, a can opener, a 3mm screwdriver, a reamer, tweezers and a toothpick. Each of these items was specifically chosen to function the best while on a nautical adventure.

Perhaps the most interesting tool featured on the Victorinox Skipper Pro is the marlinspike. This tool is often used on nautical ships and is used primarily for manipulating rope. The spike locks securely when opened and allows users to carry a marlinspike in a folded and compact package.
4.7
Score
Popularity
Activity
Freshness
Access Advisory Services