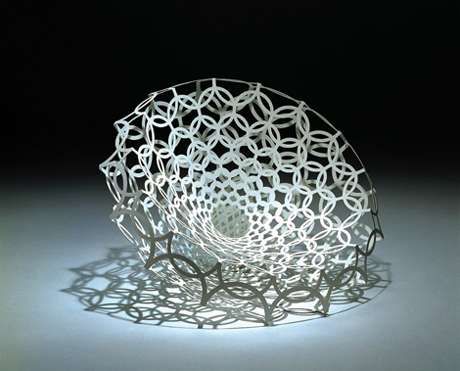 Very Round Chair of Louise Campbell

Louise Campbell was born in Copenhagen in 1970. She has a Danish father and an English mother. She grew up and was educated in both countries. After graduating from the London College of Furniture in 1992, she returned to Denmark and continued her studies in Industrial Design at Denmark's Design School, graduating 1995. She set up her own studio in 1996, from where she has worked independently since. Focus is on furniture and lighting design, but the studio is increasingly involved in product design and interior design projects as well. The client list is long and varied, including companies such as Louis Poulsen, Zanotta, HAY, Royal Copenhagen, Holmegaard, Stelton, Muuto, Interstop and The Danish Ministry of Culture. Louise Campbell's work is playful and experimental, and is increasingly gaining a reputation for gently twisting not only every day objects and situations, but also materials and manufacturing processes in new directions.