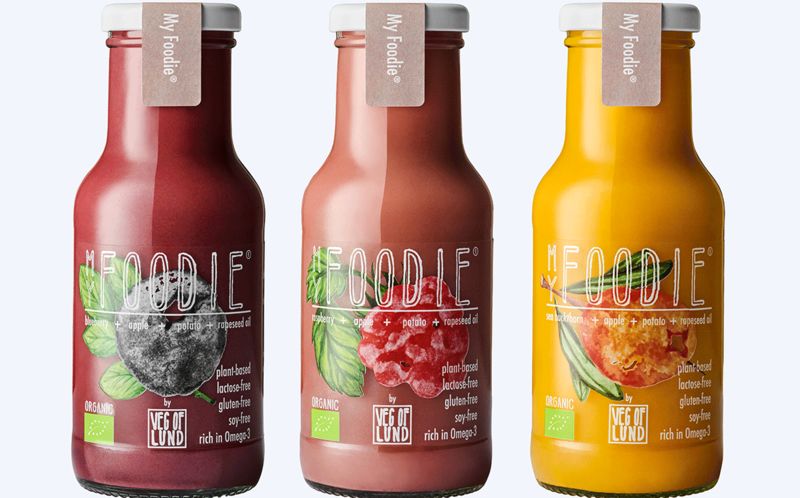 Michael Hemsworth — July 3, 2019 — Lifestyle
References: vegoflund.se & foodbev
Share on Facebook Share on Twitter Share on LinkedIn Share on Pinterest
The Veg of Lund My Foodie drinks are being launched by the Sweden-based company in the UK to accommodate the rising number of vegan and flexitarian consumers in the market. The potato-based drinks are infused with apple, potato and rapeseed along with an additional ingredient for flavor, depending on the variety. The lineup will include Raspberry, Blueberry and Sea Buckthorn varieties, which are all rich in nutrients and perfect for consumption as a heartier snack versus a traditional smoothie.

The Veg of Lund My Foodie drinks were explained by Co-Founder and CEO of Veg of Lund Thomas Olander who said, "In typically Scandinavian style, My Foodies are a delicious and nutritious smorgasbord of ingredients and flavours. Given their consistency, they’re more a drinkable snack than a drink. Perfect for these increasingly flexitarian times, they contain half your daily omega-3 needs, are free from anything that’s not needed and feature a remarkably underused superfood, the humble potato.”
4.5
Score
Popularity
Activity
Freshness
Get Trend Hunter Dashboard