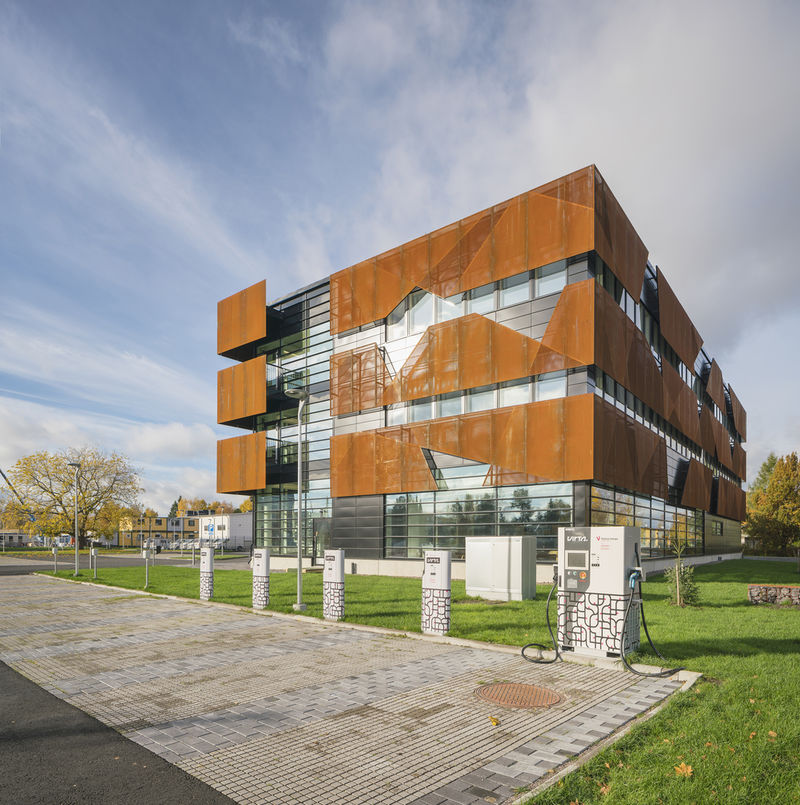 Joey Haar — January 4, 2018 — Art & Design
References: archdaily
There's a lot that can be said about the newly built Vantaa Energy Headquarters in Vanda, Finland, but what's perhaps most interesting about it is its relation to other, more famous works of architecture. The office building highlights geometrical shapes, with its entryway and lobby contained within a large glass pyramid — a shape that keen eyes might recognize from another building.

Famously, the Louvre Museum in Paris has a glass pyramid in its courtyard. The pyramid is one of the most popular tourist destinations in the entire world today, but it wasn't always so beloved. Initially, I.M. Pei's structure was panned by the public at large, with people rallying against the juxtaposition of modern and Renaissance architecture. Vantaa Energy Headquarters is a testament to how much that perception has shifted over time.
4.6
Score
Popularity
Activity
Freshness