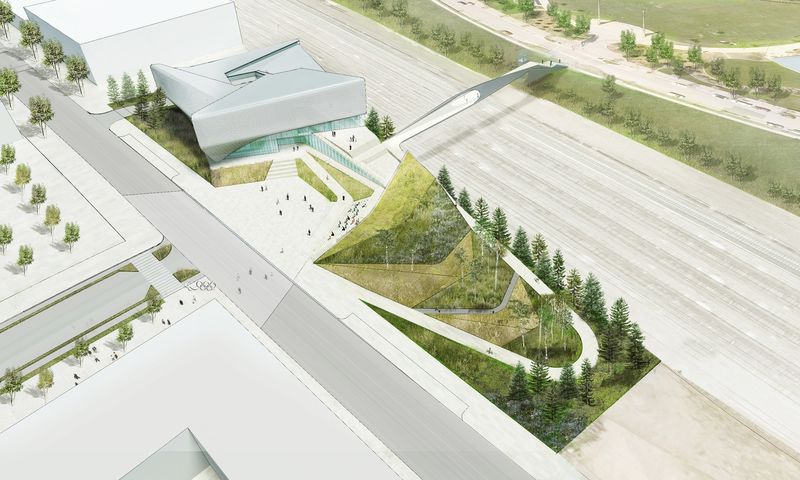 The New US Olympic Museum Has Just Broken Ground

Joey Haar — June 22, 2017 — Lifestyle
References: usom.dsrny & dezeen
Share on Facebook Share on Twitter Share on LinkedIn Share on Pinterest
It's no secret that the Olympic Games are an important sporting event for the US as a whole, and the soon-to-be-constructed US Olympic Museum's grand, swooping design shows off the perception that the quadrennial event has in the American cultural imagination. The building, which recently broke ground in Colorado Springs, features a facade with a captivating, folded facade enclosing several futuristic activities and displays on the interior.

The US Olympic Museum, which was designed by New York architecture firm Diller Scofidio + Renfro, is set to be a 5,600-square-meter facility for honoring the US's history of elite Olympic and Paralympic athletes. The experience in the museum is meant to mimic the fluid movement of athletes, with a predestined path that moves visitors up and down around a tall central atrium.
3.4
Score
Popularity
Activity
Freshness
Get Better and Faster