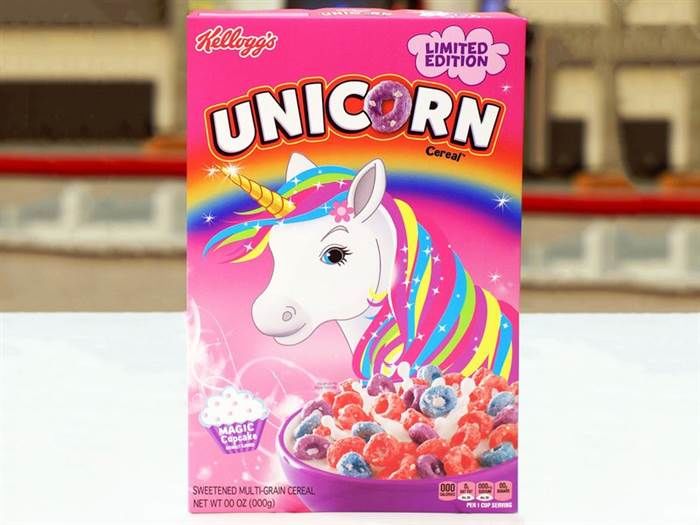 The cupcake-flavored cereal features red, blue and purple cereal pieces, plus "white crunchlets" for added taste and texture. While there cereal is set to be introduced to consumers in the United States, earlier this year, the cereal was released as a limited-edition Kellogg’s Unicorn Froot Loops in the UK.

Although the sweet new cereal from Kellogg's will not be available for purchase until the spring of 2018, fans can get a taste for it early with a visit to the Kellogg’s NYC Café.
1.2
Score
Popularity
Activity
Freshness
Attend Future Festival