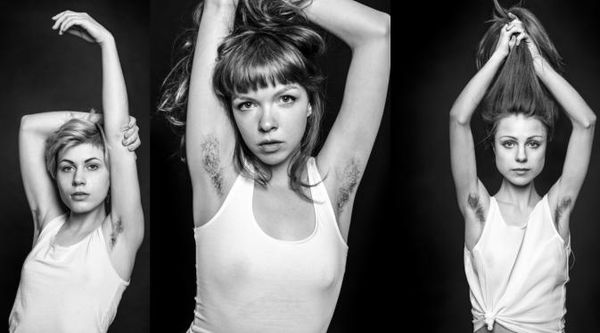 Rahul Kalvapalle — April 11, 2014 — Lifestyle
References: therealbenhopper & bustle
Share on Facebook Share on Twitter Share on LinkedIn Share on Pinterest
Photographer Ben Hopper's 'Natural Beauty' photo series consists of black and white photographs of beautiful women sporting underarm hair. The series depicts women who are conventionally beautiful with the exception that their armpits are unshaved; it aims to convince people that feminine beauty shouldn't necessarily be dependent on body hair -- or rather, the lack thereof.

“I don’t want to say that I want women to start growing their armpit hair,” Hopper said. “I just think that it’s a possibility and people shouldn’t dismiss it. I’d like people to just question beauty standards, the whole thing.”

Hopper began working on 'Natural Beauty' several years ago, but only came up with its current look and format after posting a photo of Swedish actress Emilie Bostdt on his Facebook page, which went viral. It was then that he decided that a photo series featuring women with underarm hair would work best in a black and white format and a strong, dark background.