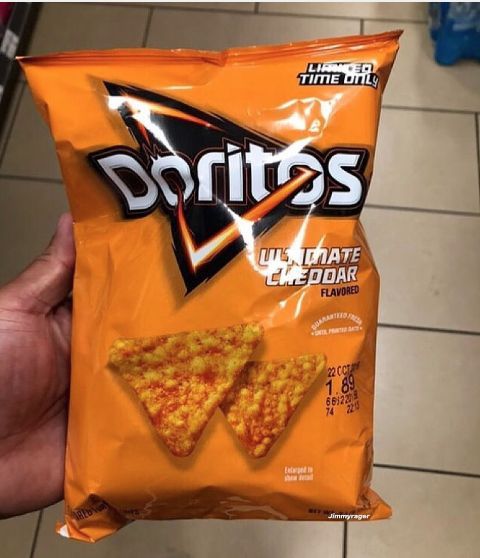 Katherine Pendrill — August 19, 2019 — Lifestyle
References: instagram & delish
Share on Facebook Share on Twitter Share on LinkedIn Share on Pinterest
If regular Doritos chips just aren't cutting it for you anymore, you'll be happy to hear that Dorito's limited-edition Ultimate Cheddar flavor has finally found its way to store shelves in the US. Though previously spotted in Spain and Canada, now the extra cheesy flavor is available for US consumers as well.