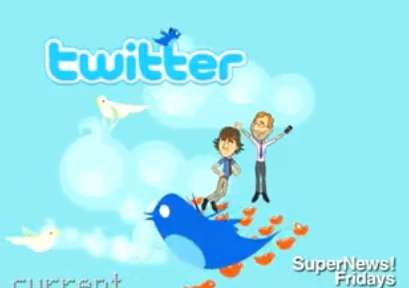 'Twouble With Twitter' Viral Teaches You About The Twittersphere

The animated short pokes fun of all things Twitter, from the Twitter bird icon, to the ridiculousness of micro-blogging your every thought.

An office worker who doesn't get what Twitter is 'educated' by the blue Twitter bird and his Twitter-obsessed colleague in the "Twitterspehere."

"With Twitter, you can tell everyone what you're doing and thinking at all times, no matter how trivial, mundane or embarrassing," the avian animated tells him.

Some of the Tweets from the people floating through the Twitter sphere include, "Watching TV with my cat," and "I forgot how much I like pickles."

Check out the Twouble with Twitters video above.
3.9
Score
Popularity
Activity
Freshness
Get the 2021 Trend Report FREE