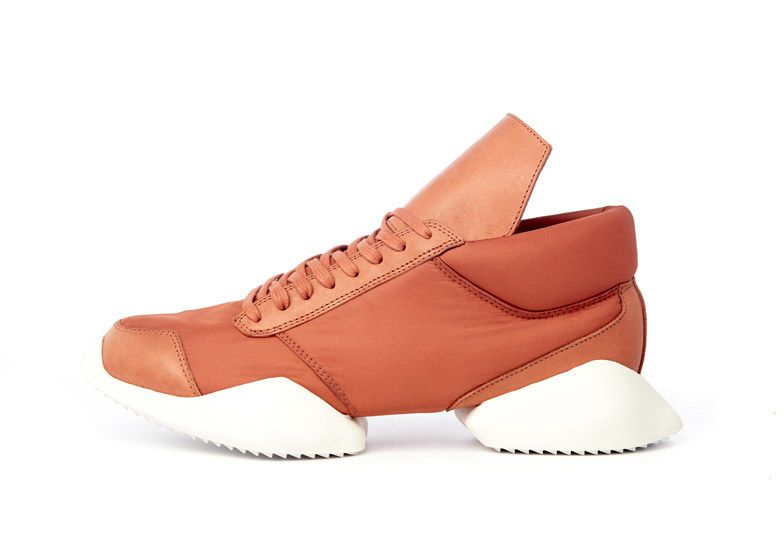 Katherine Pendrill — July 5, 2015 — Fashion
References: rickowens.eu & dezeen
Share on Facebook Share on Twitter Share on LinkedIn Share on Pinterest
Fashion designer Rick Owens recently teamed up Adidas to produce a new collection featuring his distinctive two-part sole design. Owens previously designed the 'Rick Owens Runner' for Adidas, which featured his original design for the two-part sole. Owens decided to use this sole as a starting point for his most recent collection of shoes as well.

Designed for Owens' Spring/Summer 2016 collection, the new shoe collaboration features a series of runners, boots and hybrid clogs. The most unusual of these designs is the Cargo Sandal, which looks like a boot with a series of cutouts throughout. The sneakers and sandals feature more classic designs in neutral colors such as black, khaki and dark green. The shoes are made from padded neoprene and nylon, which gives them a sleek and contemporary look. Each shoe also features the distinctive two-part sole, which adds a whimsical touch to a classic shoe design.
5.8
Score
Popularity
Activity
Freshness
View Innovation Webinars