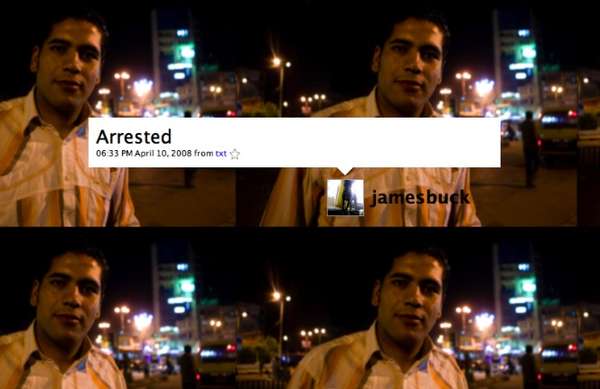 As a result of the Twitter message, Buck's college hired a lawyer to get him out of jail with success. If it were not for Twitter, no one would have been aware of his arrest until much later. Buck's friend and translator, Mohammed Maree, was arrested with him but has not been seen or heard from since. Authorities have not confirmed if he's still in jail or not. Buck and his colleges are trying to get him out and Buck has posted a petition to free Maree. You can follow @jamesbuck on Twitter for updates on the process.

Twitter is a micro-blogging application for the Internet and mobile phones where you can write up to 140 characters which your friends and followers can see and read. Buck had been introduced to it only one week earlier. This incident proofs how powerful micro-blogging can actually be. The Red Cross uses Twitter, it's been used in natural catastrophes to update people and ideas have come up of putting Amber Alerts out on Twitter.

Of course, @trendhunter is on Twitter if you want to follow the latest updates from Trend Hunter.